Komari Koshigaya (越谷 小鞠, Koshigaya Komari?) is one of the main characters of the Non Non Biyori series. She is the younger sister of Suguru Koshigaya, the older sister of Natsumi Koshigaya and the eldest girl in their school.

Komari has waist-length brown hair that has bangs hanging over the left side of her face and emerald green eyes. She wears mostly child-like clothing despite wanting to be seen as an adult. This may be due to the fact that her mother will not buy her new clothes until she grows out of her old ones, such as her school swimsuit. She mostly wears her hair down. She occasionally wears her hair with two small pony tails on the sides. She wears a uniform to school.

Komari is a smart, but insecure girl who wants to be seen as a woman, although she gets easily annoyed by the fact that Hotaru Ichijō both looks and acts more grown-up than her, despite only being in fifth grade. Komari often feels out-of-place among her younger schoolmates, sometimes scorning them for their childish behavior. She is very responsible in her studies but has gotten herself dragged into trouble by Natsumi Koshigaya ever since they were little. Komari is the most superstitious of the main cast and she's easily scared by what she perceives to be supernatural phenomena. Natsumi often takes advantage of this by playing pranks on her.

Komari is the middle child of the three Koshigaya siblings. 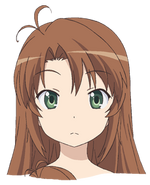 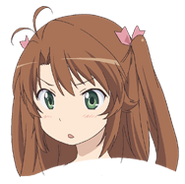 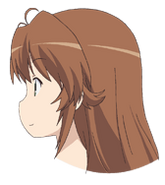 Add a photo to this gallery

Add a photo to this gallery
Retrieved from "https://nonnontv.fandom.com/wiki/Komari_Koshigaya?oldid=7398"
Community content is available under CC-BY-SA unless otherwise noted.